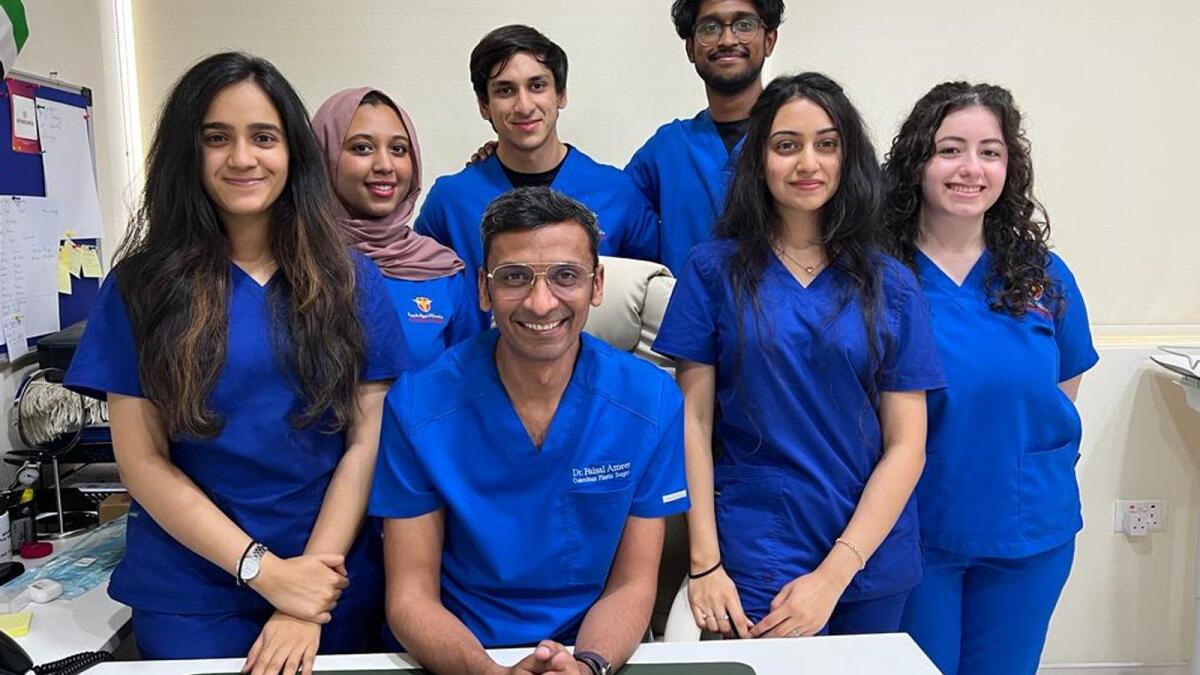 When 16-month-old Mohammed Hassan was brought to Thumbay Medical Hospital with a smashed fingertip, he was screaming in pain. Doctors struggled to treat his injury – until a group of medical students sang and danced.

In a video that recently went viral on social media, students at Gulf Medical University (GMU) are seen clapping and singing the popular children’s song “Baby Shark” – and it worked wonderfully. Amused, the little boy does not seem to notice the procedure being done on his left finger.

“Mohammed’s finger accidentally crashed into a door while playing with his older sister,” said Ahmed Hassan, the toddler’s father.

However, when they rushed him to Thumbay University Hospital in Ajman, Dr Faisal Ameer – a consulting plastic surgeon and reconstructive surgeon – said the procedure could be performed under local anesthesia.

The big challenge, however, was that baby Mohammed couldn’t stand still. So the students consoled and distracted him with a funny song.

â€œThe baby started looking around curiously when we sang to him, and he was so amused that he was distracted,â€ said Radha Pulate, fourth-year MBBS student at Thumbay Group GMU.

Maha Alam, another fourth grade student at GMU, added: “My younger sister loves the baby shark song, and it struck my mind. The song became a miracle. I just started singing it. for him and it calmed him down. “

The procedure then proceeded successfully. â€œHer nail was hanging off with a little piece of fabric. We removed the hanging nail, repaired the nail bed and the cast was placed,â€ Dr Faisal said.