Magnificent family home built by the former director of medical services, now a spa and hotel owned by Tuju 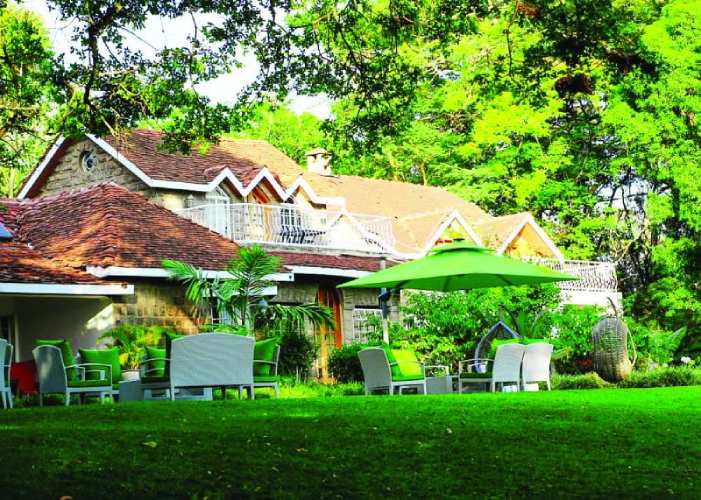 The Colonial Government’s Director of Medical Services, Dr Albert Rutherford Paterson, lived in a six bedroom house in the heart of Karen, nestled on 20 acres of idyllic farmland with stunning views of the rolling Ngong Hills.

The property is now owned by Cabinet Secretary Raphael Tuju who transformed it into a hotel, the Entim Sidai wellness and spa center, an exclusive property with six executive rooms each ranging between Sh 19,000 and Sh 30,000 per night.

The 90-year-old house has not undergone any modifications except for a coat of paint and basic plumbing. Next to the house is a 76-year-old tree that Patterson and his German wife planted to commemorate the end of World War II.

Paterson was Director of Medical Services until his retirement in 1941. During the 1938 New Year’s Honors where the British monarch King George VI gave orders and honors to reward the good works of the citizens of the United Kingdom and of the British Empire, Dr Paterson received the Companion of the Order of St Michael and St George (CMG) by the King.

But Paterson’s greatest pride and joy was the King James Hospital, the oldest in the country, which was founded in 1901 with a capacity of 40 beds as an Aboriginal civilian hospital.

It was renamed King George VI in 1952 in memory of the king after the death of the monarch on February 6, 1952. At that time, the settler community was served by the nearby European Hospital (now Nairobi Hospital). .

A few months before World War I in 1914, Paterson was bitten by the African virus and he successfully enrolled in the West African Medical Service.

He was sent to Nigeria where he practiced as a doctor, then he applied and was accepted by the military. Paterson joined the Royal Army Medical Corps at the start of World War I, treating wounded soldiers in Cameroon. After the war he traveled to East Africa where he got a job with the colonial government as a doctor.

Paterson was promoted by the UK government to Deputy Director of Health Services in Kenya, a post he held for 13 years until his boss, JL Gilks, retired, after which he took over the management medical services. Paterson was married to a German woman, Madeline Ruth Alice in 1931, a fact that did not bode well for his British neighbors in Karen since Germany was considered an enemy state during both world wars.

Paterson and his wife were the first members of the Karen Club in 1937 and they had four children; three sons and a daughter.

He retired in 1941 and was president of the Kenyan branch of the British Medical Association from 1946 to 1948. A prolific author, Dr Paterson has written for medical journals and magazines. He has also published two medical books, The Book of Civilization (1935), The Human Situation in East Africa and The Case for the Appointment of a Royal Commission on Health and Population in His Majesty’s Dependencies in Africa. He died in Nairobi on August 26, 1959, at the age of 74.