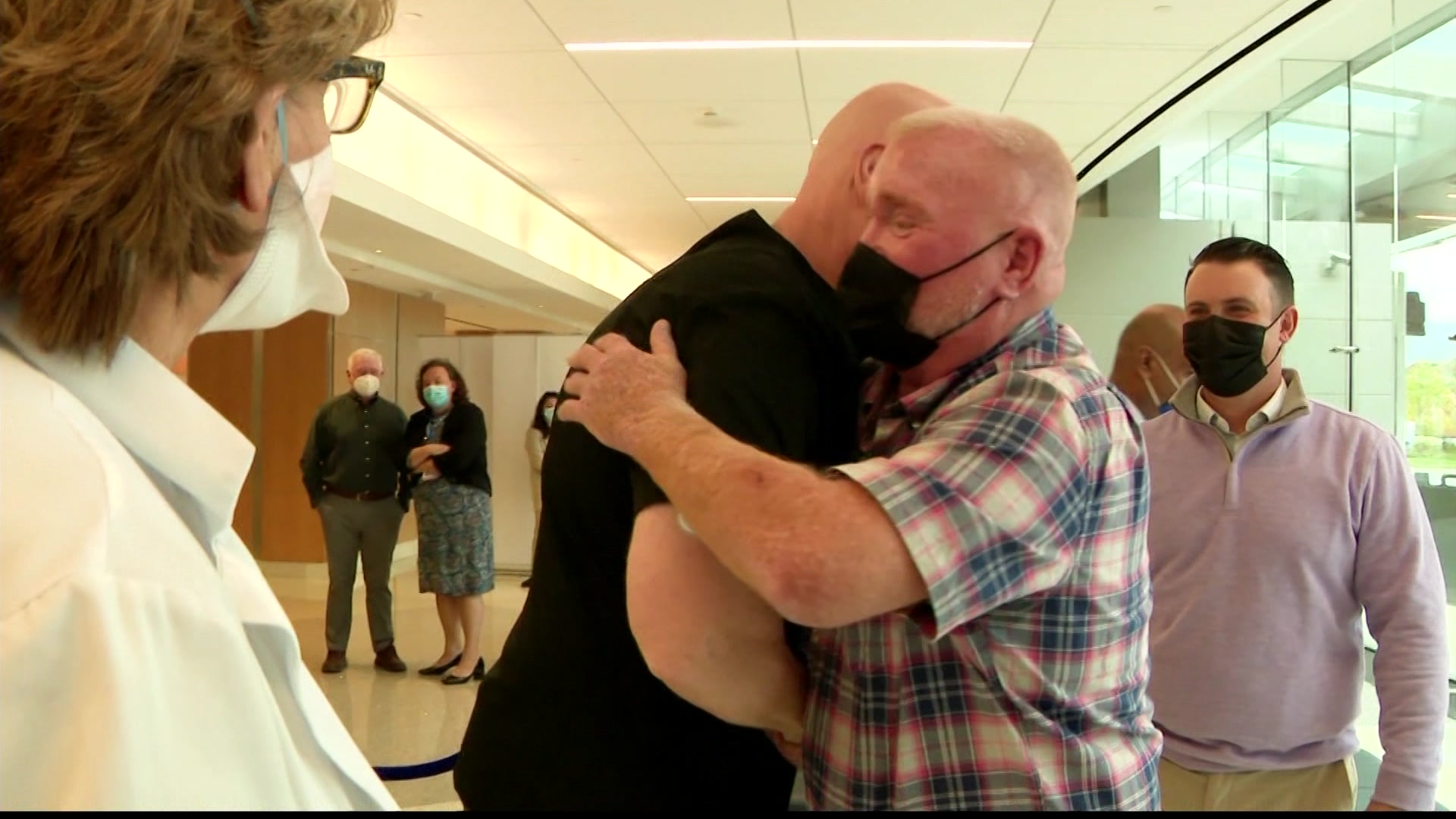 A Long Island man involved in a horrific crash on Governor Mario Cuomo’s bridge has reunited with the medical team that saved his life and treated him.

Michael McCutchan was driving to work on October 20, 2021 when he spotted an accident.

He pulled over and rescued a driver who was stuck in a badly damaged car. He was putting cones on the road when he himself was hit by a commercial van.

“When I looked up I saw the white light, I tried to jump out of the way and that was it,” he said.

“He always stops for every accident since I was little,” he said.

McCutchan was taken to Westchester Medical Center where he had to recover almost all of his blood volume by transfusion and had his leg amputated.

He spent six weeks in a medically induced coma while doctors reconstructed him.

When Michael finally woke up, it was clear to the medical staff that they had a fighter on their hands.

Over the past year, McCutchan has had several surgeries and had to relearn how to walk with a new prosthetic leg.

His story proves that superheroes really live among us.