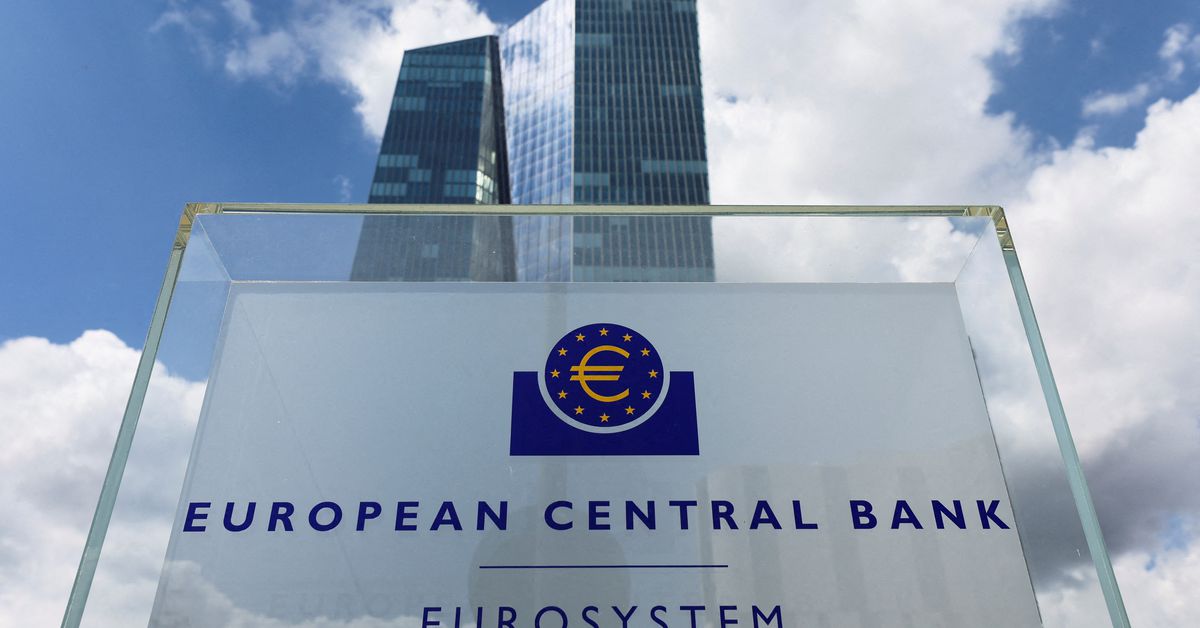 Eurozone banks are sitting on 2.1 trillion euros ($2.04 trillion) in cash doled out by the ECB at ultra-low, sometimes even negative interest rates, in the hope that it would help to revive the economy.

But after a series of surprisingly rapid and large rate hikes, banks can now simply park that cash back at the ECB, earning a risk-free profit, angering policymakers who see it as manipulation of the system.

Policymakers discussed five options at a seminar earlier this month to change the rules for these Targeted Longer-Term Refinancing Operations (TLTROs), all of which were deemed somewhat problematic as they raised a legal or policy hurdle , or ran counter to other policy goals, three sources told Reuters on condition of anonymity.

The five options were then narrowed down to three, and staff are working to refine them.

“We are very close and a decision will come soon,” said one of the sources, who requested anonymity, on the sidelines of the annual meetings of the International Monetary Fund and the World Bank in Washington. “The ultimate design is going to hurt banks, and that’s really our intention.”

All sources said a decision could be made at the October 27 political meeting as there is little upside to be expected.

The impact of the move would be around 30-40 billion euros a year, one of the sources said, while a second source said the impact could be much higher if rates rise as the markets are currently awaiting it.

The problem is that the ECB’s 0.75% deposit rate will rise further, likely close to 2% by the end of this year, and possibly higher in 2023, leaving the central bank with a burden of huge potential interest.

Of the three remaining options, the simplest would be to unilaterally change the terms of the TLTROs, so that cash parked at the ECB would not be remunerated at the deposit rate.

The advantage is that all the banks are affected in the same way and the ECB would not play favorites. But this option is likely to raise a legal obstacle, banks being able to sue.

Another option would be for liquidity from TLTROs to be treated under conditions similar to the reserve requirements held by commercial banks with the ECB.

These reserves are now remunerated at 0.5%, below the ECB deposit rate.

A third option would be to create a kind of tiering which would allow banks to benefit from better rates up to a certain threshold, after which a lower rate would apply.

Policymakers argue that it is politically unacceptable for the banks to gain such a windfall while the economy is in recession and ordinary people are suffering. They also said that this type of accommodation is incompatible with the interest rate policy, which is being tightened.

But there is also a larger political issue at play.

Paying interest on these excess reserves depletes central banks’ profits, limits their ability to pour money into national budgets and robs the state of vital revenue.

This risks exerting political pressure on central banks in the euro zone. In extreme cases, central banks could even deplete their own capital, possibly forcing governments to recapitalize lenders.