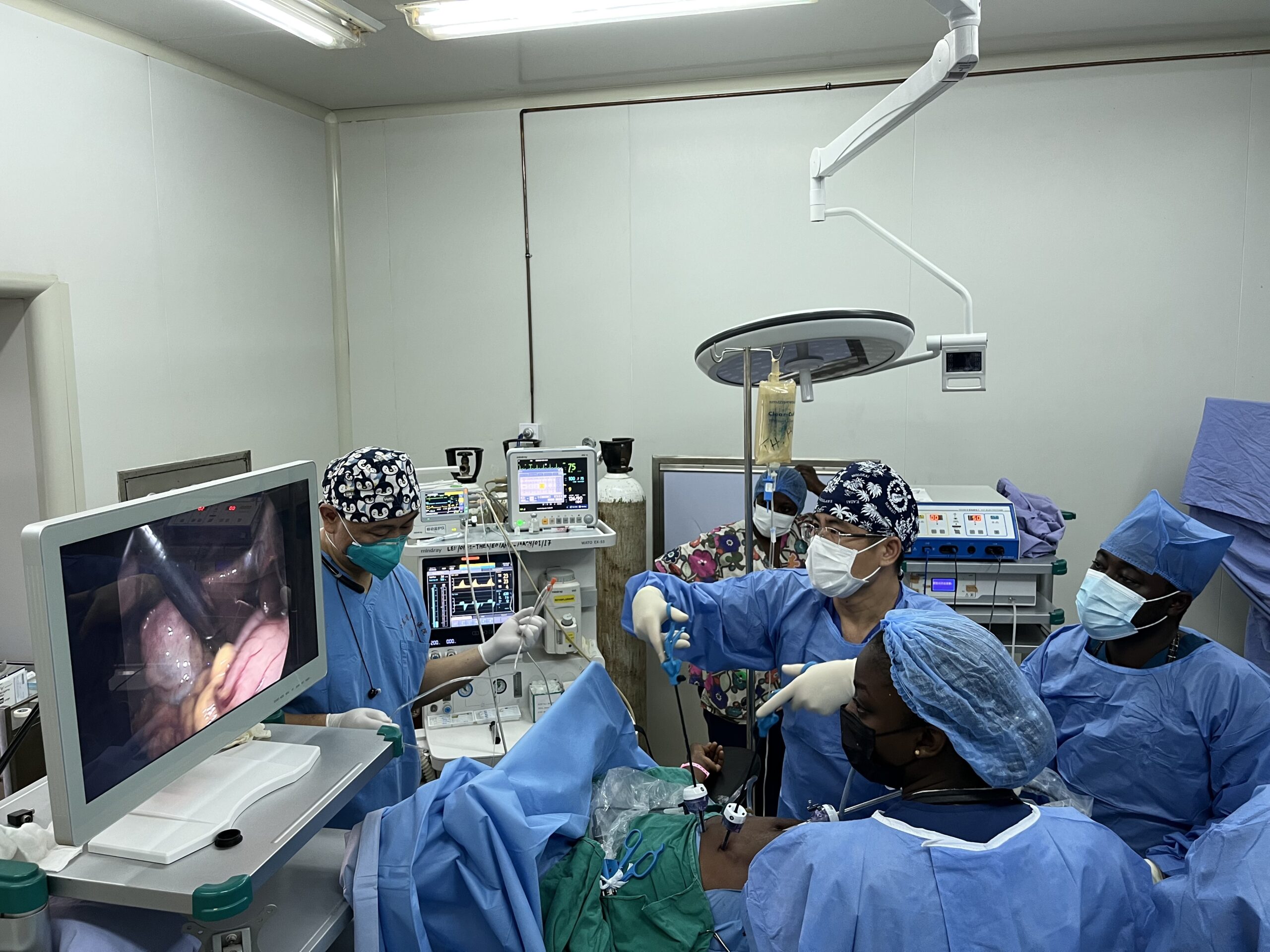 The Chinese medical team in Ghana said on Monday they had made great progress in helping a local hospital improve its ability to perform laparoscopic surgeries.

LEKMA Hospital, where the team is based, has long been unable to perform laparoscopic surgeries due to a lack of advanced equipment and relevant experience, said team leader Yu Dongnan.

“We are fully aware that laparoscopic surgery is very important to increase the cure rate, so in this case, we have to reassemble the old stock equipment to deal with some emerging surgeries,” Yu told Xinhua.

The team’s first laparoscopic surgery ran into bumps. The doctors realized that they were unable to get a clear view of the screen during the process, but the experienced Chinese doctors eventually overcame the difficulties and completed the operation in six hours.

Together with their Ghanaian counterparts, the team gradually resolved these issues. In late June, the team involved more Ghanaian medical staff in their third laparoscopic surgery for a local patient, which turned out to be successful.

“It showed that our collaboration has taken a step forward,” Yu said, adding that the team plans to introduce more laparoscopic surgeries at the hospital and involve more Ghanaian counterparts.

Over the years, China has sent 11 medical teams to Ghana, which has significantly boosted its health sector. Final article