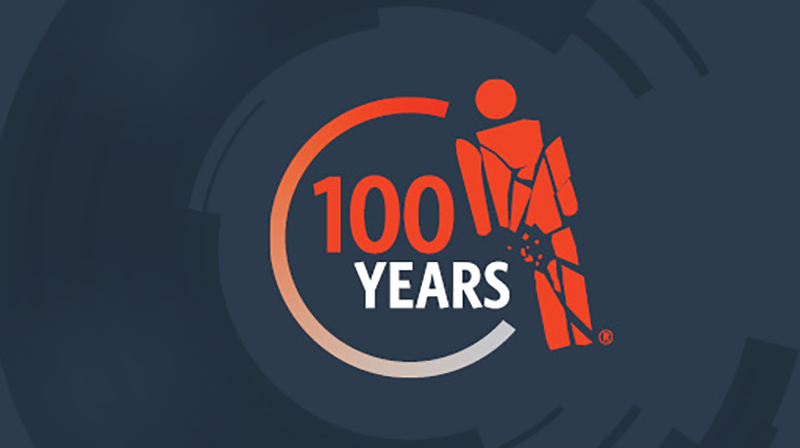 As the American College of Surgeons Committee on Trauma (ACS COT) celebrates 100 years of service, the milestones of the systems of care that have been built over the past century have been recognized and celebrated. Perhaps the most notable step is the evolution of emergency medical services (EMS) and the creation of the trauma system itself. Here we explore the history and impact of each.

The ACS COT has had a significant impact on the evolution of modern EMS throughout the committee’s history. George G. Davis, MD, FACS, presented a lecture on casualty transport at the Trauma Surgery Conference Symposium at the 1929 ACS Clinical Congress, emphasizing the importance of stabilizing fractures, use tourniquets and avoid delays. The EMS committee, which began as a subcommittee on ambulance equipment in the emergency treatment of fractures in 1931, chaired by Robert H. Kennedy, MD, FACS, has grown from a small group to a committee of more than 40 members and organization liaisons.

The EMS committee has always emphasized the importance of the continuum of trauma care that begins when and where the injury occurs. From training first responders through the Prehospital Trauma Life Support (PHTLS) course, to forming a seminal relationship with the National Association of Emergency Medical Technicians (NAEMT), to developing the STOP THE BLEED program® program that emphasizes the role of the public as immediate responders, the EMS Committee has had, and will continue to have, a profound impact on saving lives around the world.

Although modern EMS had its major evolution in the 1960s, TOC has always had an interest in transporting injured patients. Robert T. Findlay, MD, FACS, published a review in 1931, “First Aid for Fractures: Methods and Equipment for the Treatment of All Fractures at the Site of Accident and on the Ambulance during Transportation to the Hospital” in The Journal of Bone and Joint Surgery. In the June 1933 issue of Bulletin of the American College of Surgeons, Dr. Kennedy published the article “Transportation of the Injured,” discussing transportation considerations and splinting techniques. In 1936, a report by the Fracture Transport Subcommittee recommended basic equipment on ambulances, including splinting devices and proper training for the responder. This committee became the Sub-Committee on Casualty Transportation in 1949 and continued to call for the transition of the role of paramedic from transporter to caregiver.

The growth of the automobile industry and the resulting road network has underscored the need for organized civilian EMS systems. In fact, servicemen returning from World War II quickly noticed that emergency care was often better on a remote battlefield than at an intersection down the street. The COT has played a pivotal role in emphasizing the need for organized civilian EMS systems for government and the public. COT members helped publish “Let Them Lie, A Manual of First Aid for the Motorist” in 1955 to educate the public on the importance of avoiding extensive travel for victims of motor vehicle accidents. In 1956, the ACS COT developed and proposed to the United States Congress the concept of an emergency medical care system serving travelers on federal highways.

In the 1960s, there was no unified way to contact EMS providers, no standards on ambulances or attendant training, and few functioning EMS agencies at that time. As chairman of the TOC Subcommittee on Casualty Transportation (1965-1974), Joseph D. Farrington, MD, FACS, published “Death in a Ditch” in the June 1967 issue of Newsletter. This article was one of the first to highlight, nationally, the training required for paramedics. It also provided the first ambulance equipment list outlining the minimum equipment needed for emergency vehicles or ambulances.

In 1966, two notable events occurred which triggered what Dr. Farrington called the “7 Year War”. Accidental death and disability, the neglected disease of modern society, published by the National Academy of Sciences National Research Council, assessed the death and injury rate among civilians at a time when the number of people killed on the country’s roads was near epidemic proportions. This report led to the passage of the National Highway Safety Act the same year.

After 1966, the TOC and the Casualty Transport Subcommittee played a key role in changing the face of EMS. The National Highway Safety Act had been enacted without integrated guidelines for proposed action. A minimum equipment list for ambulances, originally created by Oscar P. Hampton Jr., MD, FACS (TOC Chairman 1964-1968), in 1961, was revised in 1966, although less than a third of the ambulances have been equipped as recommended at this time. To date, the EMS Committee continues to actively support the review of the list.

The Airlie Conference on Emergency Medical Services, a joint venture of the TOC and the American Academy of Orthopedic Surgeons (AAOS) Injury Committee, was held in 1969. A total of 53 medical and government representatives Americans participated in this meeting, during which they developed guidelines for ambulance services, personnel and education, and emergency facilities. In 1969, ambulance design criteria were developed, ensuring that care could be provided to a patient in the back of an ambulance.

To ensure that the paramedic was professionally trained, the TOC worked with other organizations to develop training criteria. In 1966, the ACS published a pocket manual, Emergency care for the sick and injured. Two years later, the National Academy of Sciences Research Council published Training of ambulance personnel and others responsible for the emergency care of the sick and injured at the scene and during transport: guidelines and recommendations.

In 1971, the AAOS published Emergency care and transport of the sick and injured. The manual was first conceived by Walter A. Hoyt, MD, FACS – father of David B. Hoyt, MD, FACS, chairman of TOC (1998–2002) and former executive director of ACS. Subsequent editions have featured continued contributions from TOC members, and this manual, now in its 11th edition, remains one of the best-selling EMS manuals available on the market. Finally, the National Registry of Emergency Medical Technicians was created in 1970 to unify examinations and certifications for prehospital providers nationwide.

In 1973, the US Congress passed the Emergency Medical Services Systems Act. Administered by the Health Resources and Services Administration (HRSA), this act provided funding for more comprehensive state and local government EMS systems. In 1981, the president of NAEMT asked Norman E. McSwain Jr., MD, FACS, to investigate the development of a trauma course based on Advanced Trauma Life Support.® (ATLS®), but focused on prehospital care providers. This course quickly became the PHTLS course. The PHTLS course was founded on the principle that prehospital care providers could make reasoned decisions regarding patient care when trained in proper anatomy and physiology, mechanism of injury, patient assessment and treatment principles.

After several pilot courses were held in 1983, national promulgation of PHTLS began in 1984 through several regional faculty workshops that trained individuals to administer the course. In 2001, the US Army adopted PHTLS as a standardized curriculum for all Army doctors. Without a doubt, PHTLS has made a significant contribution to improving the outcomes of countless trauma patients, and this achievement would not have been possible without the support of ACS COT.

The goal of field trauma care is to establish an airway, treat life-threatening injuries such as hemorrhage, and stabilize fractures, while maintaining minimal scene time before transport to a trauma center . TOC played a pivotal role in creating the first field triage guidelines for injured patient destination determination in 1976. In 2006, TOC worked with the National Highway Traffic Safety Administration (NHTSA) and Centers for Disease Control and Prevention (CDC) to support the evidence-based revision of these guidelines as well as subsequent revisions in 2009 and 2011. In 2021, with support from NHTSA, the EMS committee led a group of multidisciplinary technical experts, which included comments from the EMS and a comprehensive literature review, in the latest revision of these guidelines (see Figure 1).

Liaison relationships make the EMS committee unique and provide a specialized ability to both connect and communicate across professional boundaries. These relationships have been a priority since the beginning of the committee’s activities. For example, the EMS committee was instrumental in the development of the STOP THE BLEED program® program. Beginning in 2013, Eileen M. Bulger, MD, FACS, EMS Committee Chair (2012-2015), convened a multidisciplinary committee to perform a systematic review of the literature and make recommendations regarding external hemorrhage control for providers of EMS. Additionally, ACS COT has partnered with the American College of Emergency Physicians (ACEP), NAEMT, and the National Association of EMS Physicians (NAEMSP), on a series of consensus guidance documents. These topics include spinal motion restriction practices, prehospital ketamine use, prehospital hemorrhage control, prehospital tranexamic acid use, and spinal motion restriction (see Table 1 ).

EMS will continue to evolve and ACS TOC will also continue to change to meet the needs of patients and providers. Gone are the days when the goal of EMS was to get to a trauma center quickly. EMS now provides critical patient care. EMS has also moved away from the traditional pre-hospital setting. Community paramedics treat patients at home and help manage chronic illnesses. How do we use community paramedicine to care for the trauma patient? Can we keep a trauma patient who may have to travel for hours for in-home follow-up appointments to be seen by a community paramedic with telemedicine capability? Suppliers around the world will look to the EMS TOC Committee for guidance on answering these questions and more, and we will answer them. Finally, we must continue to engage young trauma surgeons in EMS. It is the young trauma surgeons who will continue the work of the committee and lead the care of the injured patient of all ages, across the continuum, into the future.